Have food prices increased over the past 60 years?

The notion that food is more expensive than it used to be, is an urban myth.

Figures from the Food and Agriculture Organization of the United Nations (FAO), adjusted for inflation, show that the cost of food is almost the same as it was 60 years ago(1).

Food production per hectare globally has more than doubled over the last 60 years, while wheat yields in Western Europe have tripled in the same period(2).

Other reasons for the increase in food production, are more land being used for farming, new technology and farm machinery, better pest and disease management and new plant varieties.

Increased food production in line with population growth has been the key factor for maintaining food prices at the same level for 60 years!

Keeping prices low in the future, however, is a difficult challenge in a world where the population is growing and there is a lack of new farmable land. Keeping food prices low is important to help combat poverty. Even though food prices have changed very little for over 60 years, the percentage of household income spent on food varies greatly from country to country.

According to a survey by the US Department of Agriculture in 2015(3), consumers in the US spent 6.4 percent of their household income on food. The countries at the bottom of the list were Cameroon (45.6 percent), Kenya (46.7 percent) and Nigeria (56.4 percent).

If food prices rise sharply, they will make life more difficult for millions of people already struggling to feed their families.

A dramatic rise in food prices will also increase the risk of disorders due to malnutrition and hunger.

By 2050 it is estimated the world's population will reach 9.8 billion(4), according to the United Nations.

"In order to feed this larger population, food production must increase by 30-40 percent, and agriculture is on track to do this,” says Dr Joachim Lammel, Yara Vice President Strategic Research.

However, we need to produce food in a smarter way without expanding the natural resource use. Agriculture already uses more than 37 percent of the world's landmass (excluding Antarctica), and accounts for 70 percent of all freshwater withdrawn from rivers, lakes, and aquifers.

These are the practices that can be improved by farmers across the world to improve crop yields: 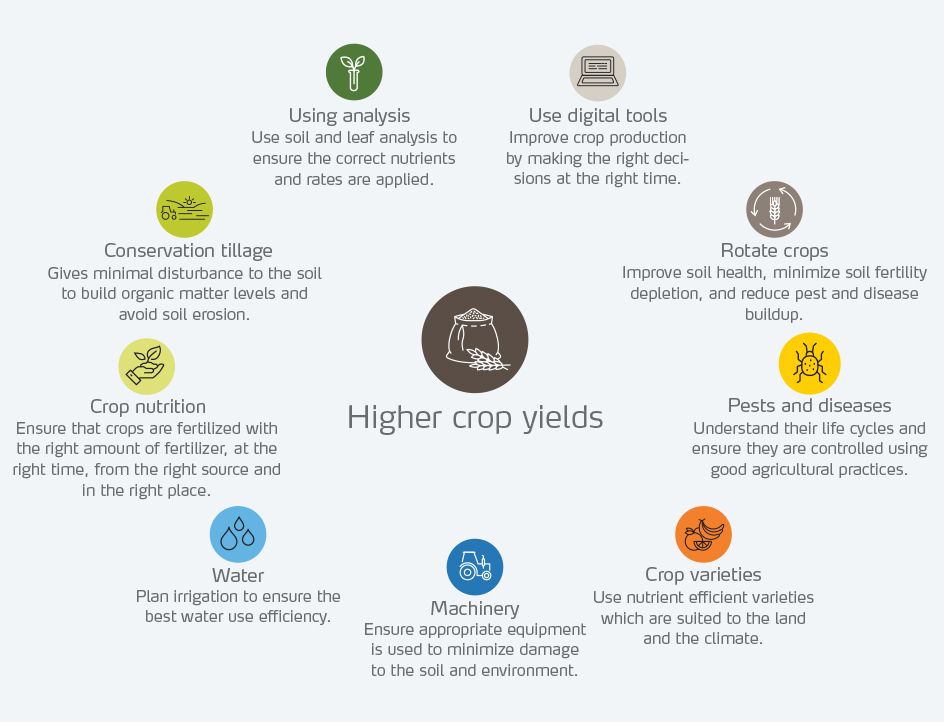 2 - Yields and land use in agriculture

3 - Which countries spend the most on food? This map will show you